Where to Buy Vegan Bacon 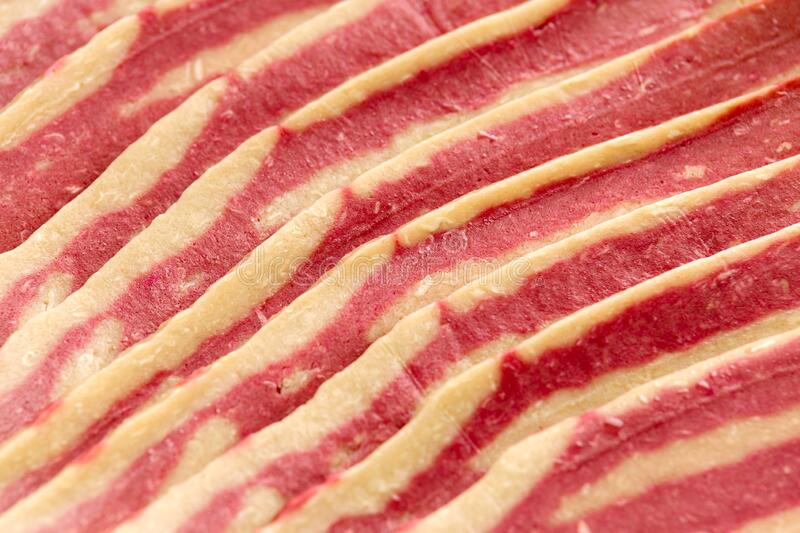 If you’re wondering where to buy vegan bacon, you’ve come to the right place! In this article, we’ll look at Sweet Earth, Upton’s Bacon Seitan, and SoyBoy’s Original Organic Veggie Bacon. All of these brands make great meat substitutes. They can easily replace traditional bacon, so you can still enjoy the same delicious taste! Alternatively, you can even try making your own vegan bacon!

If you are a vegetarian or vegan, SoyBoy’s Original Organic Vegetable Bacon is a delicious and healthy alternative to bacon. It is made from tempeh, which is known for its texture issues. It is not a true bacon substitute. It tastes different, and some might consider it odd. However, it tastes good, and it fills the kitchen with a wonderful aroma while you are cooking.

One popular brand of plant-based bacon is Sweet Earth. The brand’s seitan bacon is made with wheat gluten, so it has a similar texture to real meat. Although it is not the same as bacon, it’s close enough to fool even the most ardent meat eater. Its flavor and bacon-like vibe make it perfect for those vegans who are scared to try vegan meat. Here are the ingredients in Sweet Earth vegan bacon.

The company started out making vegan bacon in California and then was acquired by Nestle in 2017. In September, they launched the awesome burger and the line of sweet potatoes and cauliflower fries. They are now available in Safeway, Wegmans, Hy-Vee, and Shop & Stop. They also experimented with a vegan bacon cheeseburger and launched it nationally in October 2019.

The pros of Sweet Earth vegan bacon include all-natural and non-GMO ingredients, 10 grams of protein per serving, and 57% less fat than pork bacon. It is packed with delicious flavor and texture and is great for breakfast, vegan BLTs, or toppings. This bacon is also reasonably priced at $5.29 a package. And because it’s plant-based, you’ll love it no matter what the reason.

The company’s Benevolent Bacon and Awesome Burger patties are two of the most popular products from its line. The awesome Bacon Burger contains the seitan-based Benevolent Bacon and is flavored with hickory smoke and cumin. Another recent launch is a line of vegan sausages. Sweet Earth’s Green Chile Chedd’r vegan sausage has notes of garlic and sage and cooks like real bacon. Sweet Earth also sells their products frozen or refrigerated.

If you’re looking for a tasty and healthy alternative to meat, vegan bacon is a great option. It cooks up in just a few minutes and is sliced thin enough to be used as a topping for sandwiches or as an everyday snack. Its maple-smoke flavor goes perfectly with savory tofu scrambles. It contains organic soybeans, liquid smoke, salt, and starter culture.

Tofurky tempeh bacon is a tasty, smoked product made from marinated tempeh. Tofurky tempeh is made from fermented soybeans and is popular among the vegan community. The savory flavor of tempeh is enhanced with a variety of seasonings and is not particularly strong or pronounced. Its sweet maple notes are a nice complement to sandwiches, but it lacks the strong, smoky flavor of traditional bacon.

If you’re looking for a vegan bacon alternative, there are a number of stores that carry it. You can visit a physical store to find them, or order them online. If you don’t live in London, you can also check out the popular vegan supermarket in London, Greenbay Supermarket. The vegan supermarket sells a range of meat alternatives including tofu bacon. You can also find a variety of vegan bacon on the UK website.

Seitan can be quite bland, so why not try Upton’s Bacon Seitan? It’s made from wheat protein and is delicious! The seitan is high in protein, and it’s also regarded as the blandest veg bacon. It’s also made to taste just like bacon! So what’s so special about this seitan? Let’s find out. Let’s begin by discussing what exactly makes this seitan bacon so good!

This vegan seitan is a great option for those who don’t want to give up meat, but still want a bacon taste. It contains only 13 grams of protein and is low in fat and sodium (around 400 mg). And since it’s made of tempeh, it’s friendly to both barnyard friends and our planet. And the best part is it’s cruelty-free, too! I’ve got my husband hooked!

The packaging is impeccable. The packaging is made of recycled cardboard and looks like a swanky restaurant. The packaging is also trendy and ultra-modern. And, of course, you’ll feel good knowing that five percent of the proceeds from Bacon Seitan will go to Farm Sanctuary! And I’m not the only one who appreciates a good vegan bacon substitute! And who can blame him? It’s delicious!

Despite the name, seitan is not a mock meat! Seitan has been used as a meat alternative for thousands of years. And, as a bonus, seitan has the same familiar flavor as real meat! If you’re looking for a meat alternative, this seitan is definitely worth trying! Its low-fat, cholesterol-free, and delicious flavor is sure to win you over. So, try Upton’s Bacon Seitan today!

Where to buy vegan bacon? Vegan bacon is becoming increasingly popular, especially as the meat-based bacon industry begins to disappear. Not only is vegan bacon better for the environment, but it’s also delicious and packed with protein. It comes in flavors like cumin, sage and garlic. The best part is that it’s non-GMO, cholesterol-free, and easy to find. It’s not hard to find, but it’s a great alternative to regular bacon.

Many meat-free bacon brands make their products from tempeh or soy. But these products are not the only sources of vegan bacon. Mushrooms, beans, and vegetables can all be used as substitutes. And vegan bacon is even coming from labs – a UK startup recently announced the production of the world’s first lab-grown bacon. Cultured meat is produced by dividing animal cells to grow new meat. Higher Steaks’ bacon is a blend of 70 percent cultivated meat and 30% plant-based meat.

Another great source for vegan bacon is Tofurky tempeh. It is made from fermented soybeans and is highly protein-rich. It’s also cheaper than most vegan bacon brands and has a smoky flavor. Tofurky tempeh bacon can be found at many Whole Foods stores nationwide. The soy-free bacon from Cool Foods is particularly delicious and comes in a variety of flavors, including maple, hickory, and black pepper.

While real bacon may be hard to find, fake bacon is a great option for vegetarians. It has a similar texture to real bacon, but does not contain saturated fat. It’s also low in fat and contains very little sodium. Good Housekeeping food expert Alex Hale has selected her favorite vegan bacon products. The following are her recommendations: