Is the Vegan Diet Good For You? 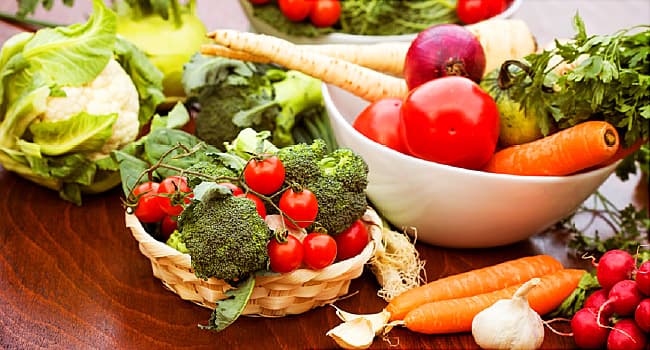 If you are considering a vegan diet, there are many things to consider. A plant-based diet can help reduce the risks of heart disease, cancer, diabetes, and even Alzheimer’s disease. In addition, you’ll get plenty of choline from beans, soya, and quinoa, and nuts and seeds. Choline is a water-soluble nutrient, so it is important to incorporate plenty of these foods in your diet.

In the study, participants with the highest plant-based food intake were found to be about 16 percent less likely to develop cardiovascular disease or die from any cause. These findings suggest that plant-based diets may reduce the risk of heart disease by as much as 41 percent.

They may reduce risk of diabetes

A healthy vegan diet may decrease your risk of diabetes by lowering blood sugar levels. Changing your diet to a more plant-based diet is important for your health, since plants contain nutrients and antioxidants that protect cells from inflammation and oxidative damage. This may reduce your risk of diabetes and other chronic diseases. However, a vegetarian diet is not suitable for everyone, especially if you have diabetes.

According to a recent meta-analysis of studies conducted on people with diabetes, a vegan diet may reduce your risk of the disease. A vegan diet is high in fiber, which can help regulate blood sugar levels and reduce cholesterol levels. Fiber can also help you feel full and decrease your risk of developing diabetes. Studies have also shown that whole grains and legumes may help you control your blood sugar levels.

They may reduce risk of cancer

A vegan diet may reduce the risk of cancer in a number of ways. Recent studies have shown that it can help people eat fewer calories and maintain a healthy weight, which may prevent cancer. A vegetarian diet has also been found to reduce the risk of colorectal cancer. A vegetarian diet may also prevent certain types of cancer such as prostate cancer. However, future research should explore the mechanisms and explanations for these findings.

They may reduce risk of Alzheimer’s disease

According to recent research, a vegan diet may reduce the risk of Alzheimer’s disease. It contains high amounts of fiber and other nutrients that are helpful for the brain. Berries have an especially high flavonoid content that may help protect the brain. Regular consumption of berries has also been linked to a lower risk of dementia. Plant-based proteins are also helpful because they are high in fibre. Additionally, vitamin D supplements and monounsaturated fats may help protect the nervous system.

Other risk factors for Alzheimer’s disease include alcohol, cardiovascular disease, and head trauma. A vegetarian diet also reduces the amount of arachidonic acid, an inflammatory fatty acid found in meat and poultry. This nutrient appears to protect the brain from inflammation, which can lead to dementia.

They may reduce risk of stroke

A new study suggests that vegetarian and vegan diets may reduce the risk of stroke. It found that the number of strokes in vegan and vegetarian groups was significantly lower than in meat and fish eaters. This may be due to the lower dietary intake of nutrient-rich animal products. The researchers also found that vegans had lower blood pressure.

While a vegan and vegetarian diet may reduce the risk of stroke, the study also found an increased risk of hemorrhagic stroke, which occurs when blood from an artery bleeds into the brain. Although the reason for the increased risk is unclear, the low cholesterol levels and vitamin intake may contribute to the higher risk.